Limitations: The size of the sample and use of self-report measures limit the generalizability of the results.

Relationship OCD (ROCD) is often associated with difficulty dealing with uncertainty. The current Coronavirus pandemic and the associated ramifications often increase uncertainty. This is why we’ve decided to use our research based mobile platform to help all that are dealing with stress and worries related to the current situation. Our new app GG Life now includes a FREE module specifically addressing these issues. 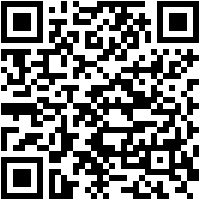 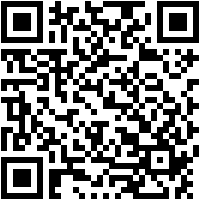 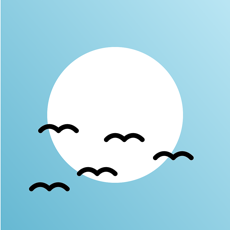 Below are the abstracts of the talks presented:

Conclusion: As expected, vulnerable narcissism seems to have an important role in the development of partner-focused ROCD symptoms via partner value contingent self-worth.

Introduction: Relationship Obsessive-Compulsive Disorder (ROCD) is characterized by obsessive and compulsive symptoms pertaining intimate relationships (Doron et al., 2014). ROCD have been associated with dyadic distress, depression, and anxiety (Doron et al., 2012; Doron et al., 2014). A recent study (Roncero et al., 2019) found a reduction in ROCD symptoms after 15 consecutive days of training with a mobile-app intervention called GGRO. GGRO was developed by Doron to challenge maladaptive beliefs that underline ROCD following Cognitive Behavioral Therapy principles. Based on previous evidence, the aim of the current study was to evaluate the efficacy of GGRO in reducing ROCD symptoms and its associated psychological features in the Italian context.

Discussion and Conclusion: Present results show that 15 consecutive days of GGRO may lead to significant reduction in ROCD symptoms and in its associated psychological features. To note, most of those reductions were maintained after 2 weeks (follow-up). These findings, in accordance with previous studies (Roncero et al., 2018; Roncero et al., 2019), provide further evidence for the efficacy of GGRO in reducing ROCD beliefs and symptoms and its associated psychological features also in an Italian non-clinical sample.

Method: The sample comprised 264 non-clinical participants (135 males) with a mean age of 34.65 years (SD = 12.01). Participants completed an online questionnaire, which comprised a battery of self-report items.

Results: Using Structural Equation Modeling (SEM), the study found that different cognitions related to different OCD symptoms dimensions. It was found that general maladaptive beliefs were predictive of most forms of general OCD symptoms. Specific sexual-orientation beliefs were predictive of SO-OCD, over-and-above the more general beliefs noted in the cognitive appraisal model of OCD, but specific relationship-related beliefs did not strongly predict ROCD symptoms. Self-themes, particularly the “feared self”, were found to contribute significantly to OC symptoms in ROCD and SO-OCD, as well as to general OCD (particularly symptoms involving repugnant thoughts).

Conclusions: Self-themes and their contribution to specific OCD symptoms suggest that beliefs centred on feared self-perceptions and inner-self concerns may also be important in understanding symptom presentations. These findings, if replicated in clinical samples, may provide a basis for the development of specific cognitive-behavioural interventions that target such beliefs relevant to OCD, and potentially other related disorders.

“My Partner is Unreliable”: Exploring Obsessive Distrust as an Additional Dimension of Partner-Focused ROCD Symptoms

Relationship Obsessive–compulsive disorder (ROCD) is a dimension of Obsessive–compulsive disorder (OCD) focusing on close and intimate relationships. ROCD may focus on the relationship itself (i.e., relationship-centered) or the perceived flaws of the relationship partner (i.e., partner-focused). Obsessive preoccupations with the perceived flaws of the relationship partner has been shown to center on domains such as intelligence, appearance, sociality, emotional regulation, competence and morality. Clinical experience suggests, however, that obsessive doubts and preoccupation with the perceived untrustworthiness or unreliability of the partner (i.e., obsessive distrust) may be an additional domain of partner-focused ROCD symptoms. The present investigation reports on the development and evaluation of the Obsessive Distrust Inventory (ODIS), an 11-item measure assessing the severity of obsessive distrust phenomena. Factor analysis supported a one internally consistent factor. The ODIS also showed the expected associations with OCD symptoms, ROCD symptoms and other mental health and relationship measures. Moreover, the ODIS signiﬁcantly predicted depression, anxiety and relationship violence, over-and-above common mental health and relationship measures. Theoretical and clinical implications of these results will be discussed.

ROCD symptoms are often associated with depressive symptoms. We, therefore, now created an app to challenge beliefs underlying depressive symptoms including feelings of hopelessness and helplessness, being active, loneliness,  self-blame and more.   See links below

The paper is entitled:” Maladaptive beliefs in relationship obsessive compulsive disorder (ROCD): Replication and extension in a clinical sample”. Press here to see the paper.

The paper is entitled: A novel approach to challenging OCD related beliefs using a mobile-app: An exploratory study .

See this link: “I can’t stop thinking about my child’s flaws”: An investigation of parental preoccupation with their children’s perceived flaws

ROCD and other OCD symptoms are frequently related to body image distress and preoccupations such as found in BDD. A new mobile app dealing with such problems, named GGBI is now out in the apple store and Google Play: these are the links

Associate Professor Guy Doron and Dr Danny Derby are giving a workshop on the 15.09.2017 entitled: ” Relationship Interrupted: Assessment and Treatment of Relationship Obsessive Compulsive Disorder(ROCD)” at the next EABCT meeting in Ljubljana – Slovenia. To register see http://www.eabct2017.org/en/REGISTRATION.html/